Vela Creations is an in-depth resource for off grid living. The site documents our research and experiences, hoping that they might help others interested in pursuing this lifestyle. This blog is designed to document our day to day experiences as we build our new, sustainable homestead. If you are interested in seeing more photos and videos, we have a flickr account at the following url: http://flickr.com/photos/35090117@N05/collections/ 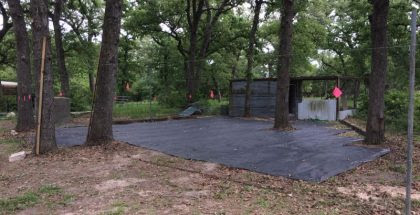 Now that it's getting warmer, we have been working on an enclosed space to move the trees to. 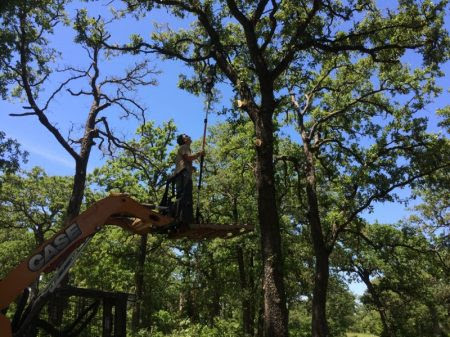 It's close to both the greenhouse and the chicken coop. It has a seven foot deer fence around it, and we will be putting a fence around the base of its perimeter, so that the chickens can patrol the outside for bugs.

We cleared out any dead limbs from the trees overhead, opening up a little more light and avoiding possible high wind bombs. It also has weed barrier over the ground.

Once we move all the big trees and shrubs into the outside nursery, we'll be planting a bunch more inside the greenhouse.

Nursery expansion
Posted by VelaCreations at 8:27 AM